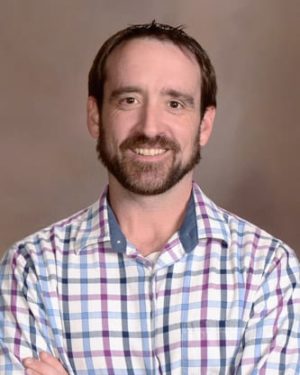 Josh Elliott was “not your typical Franciscan student.” In addition to studying psychology at Franciscan University, Elliott served as the pastor for the Riverview United Methodist Church in Toronto, Ohio.

Part of Franciscan University of Steubenville’s 4 + 1 Program between undergraduate psychology and graduate counseling, Elliott graduated with a bachelor’s degree in 2014 and a master’s in clinical mental health counseling in spring 2015.

“Franciscan University has provided an opportunity for me to follow my calling,” Elliott says. “I am absolutely grateful for the education that I received here, as well as my new found respect for the Catholic Church and the faith that is so evident at this University.”

“Jungers pushed me toward professionalism in counseling fields that I didn’t know existed,” Elliott says. “Sammut was one of the most genuine and humble people I have ever met. We had numerous conversations inside and outside the classroom about the Catholic faith. It wasn’t a debate.”

It is through his counseling background that Elliott is able to help guide his congregation through difficult times such as grief, pre-marital and marital situations, loss of employment, and addictions.

“As a pastor, you’re walking with the people in your congregation,” Elliott says. “Although the duties of a pastor are not the exact same as a counselor, there are certainly a lot of opportunities for crossover.”

Ministering to a congregation while in Toronto that ranged from small children to those in their 80s, Elliott says, “God wants me to be dealing with people and helping them become more like Christ.”

“When we are in the center of God’s will, there is no more rewarding place to be.”

Currently, he is assigned to the Streetsboro United Methodist Church in Streetsboro, Ohio, where he continues his pastoral duties.