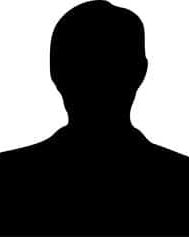 Elijah Ferbrache MSE ’12 has a passion for great books. After earning his undergraduate degree from St. John’s College in Annapolis, Maryland, the Ohio native spent two years teaching in Alaska. It was there that he decided to make a career out of education and began searching for graduate schools.

“I wanted an education program with a classical, liberal arts emphasis,” says Ferbrache. “Big state schools wouldn’t really have the same kind of great books or classical components. Franciscan has a Teaching Great Books course, and when I saw that in the course catalog I thought it spoke really well for the school.”

Another decisive factor in driving Ferbrache to Franciscan was the emphasis on education research. “It’s a master’s of science that requires a research project. With a lot of master’s of arts in teaching, you don’t really have to do any kind of thesis paper. The thesis we had to do here in the Graduate Education Program is the kind of thing that really sets you up nicely if you want to do a PhD at some point.”

The decision to come to Franciscan immediately paid off. “My first class was Dr. Michael Joyce’s Philosophical Studies in Education, and when he passed out Plato’s Republic I said, ‘I’m in the right school.’”

Perhaps his greatest accomplishment at Franciscan was earning a coveted Fulbright scholarship. Dr. David Schaefer, chair of the Communication Arts Department, helped Ferbrache through the lengthy application process. After Ferbrache’s graduation from Franciscan in May 2012, he used the Fulbright scholarship to conduct educational research in Romania.

Today, Ferbrache works as high school academic dean and teacher of humane letters at Chandler Preparatory Academy, a school in Chandler, Arizona. He says his classics-based education, along with the pedagogy developed while a student at Franciscan, helps him connect to students who might not otherwise be interested in classic books or philosophy.

“Not only did I know the material, but I also knew how to teach it,” he says, adding that “what we want to do is expose people to great books, to philosophy, to classics in order to empower them. Most of our graduates go into STEM fields, and the philosophy gives them a ground to stand on when they have to make ethical decisions.”